Originally published in Gentry Magazine (by Robin Hindery) — SAP’s Chief Learning Officer Jenny Dearborn is schooling the corporate world in adaptability, inclusiveness, and forward thinking. Her efforts just might save your job someday.

The first thing I saw was the superheroes. I had just walked into Jenny Dearborn’s Palo Alto home, and there they were: very large colorful canvases of Superman, Wonder Woman, Spiderman, and their crusading peers practically leaping off the walls.

Then came Dearborn herself, a striking, 6-foot-tall woman with a friendly smile and confident stride, greeting me with a hug and welcoming me into her inner sanctum. (There’s also a floor-to-ceiling glass display case filled with her collection of hundreds of Pez dispensers, but that’s another story for another time.)

“Growing up, I was convinced I was magic,” says Dearborn, who has spent the past three years as Senior Vice President and Chief Learning Officer at software giant SAP. “I remember thinking I could control people with my mind.”

These were some of the ideas circulating in Dearborn’s brain as she roamed around school “like a feral cat” in her hometown of Davis, outside Sacramento, where she spent her K–12 years. “I came from a big family—I was number five of six kids—and I just sort of got passed along,” she says of a school system that failed to recognize her significant learning disabilities. “When the teachers couldn’t handle me, they’d just send me outside. So I just kind of hung around climbing trees. I spent a lot of time in my own head.”

After “barely graduating” from high school, she says, she moved briefly to New York City to try her hand at acting and modeling. When that didn’t pan out, she returned home to attend American River College in Sacramento. A stint volunteering in the admissions office finally brought her learning differences—including dyslexia and A.D.H.D—to light. “A counselor there said, ‘I think you have learning disabilities,’ ” she recalls. “For the first time, I understood myself. I went from D’s to A’s and became this focused, driven, single-minded machine fueled by bitterness and anger at the system and anyone who ever did anything to me.”

Determined to transform that system from the inside, Dearborn transferred to UC Berkeley to complete her undergraduate degree, and then received a master’s degree in education from Stanford in 1993. She stayed in the Bay Area to teach English and drama at Woodside High School, but it was clear almost immediately that teaching wasn’t the right fit. “I was really terrible at it,” she says matter-of-factly. “I thought it would be the stepping stone to being the leader who is going to change the system, but it didn’t happen at the pace I needed it to.”

In the mid-1990s, there was no Google search available for those seeking a career change. So Dearborn found herself at a career center in Palo Alto watching a VHS tape of a panel that included a woman who worked in corporate education. Intrigued, she leveraged a family connection to get in the door at nearby Hewlett-Packard for an informational interview, eager to find out more about how she could use her education degree, acting skills, and big-picture thinking in the corporate environment.

Far from an immediate “aha” moment, it took a total of 46 informational interviews across multiple departments at HP before Dearborn landed on a position as a senior manager in learning and development. “It immediately clicked; it had the entertainment and drama I was into,” she shares. Over the next two decades, she moved around the Bay Area tech landscape in various corporate education roles, including positions at Sun Microsystems and Success-Factors, a maker of human capital management software that was acquired by SAP in 2012. Following the acquisition, Dearborn took on her current role as SAP’s Chief Learning Officer.

Dearborn was relaxed and casual at home on a recent Thursday morning, surrounded by boxes of her newly published book, The Data Driven Leader, her second tome focusing on how companies can use data analytics to boost sales, productivity, and employee performance. The day before our meeting, however, was “a busy day,” she noted nonchalantly.

What does a busy day for Jenny Dearborn entail? To start, a 6AM broadcast from SAP’s TV studio for the German-based corporation’s European audience, focusing on “the future of work”; then a video call with the human resources leadership team; a digital presentation to nearly 30,000 individuals around the world on “what’s coming in 2018”; face-to-face coaching meetings at her Palo Alto office; a radio broadcast promoting her book; a quick workout and dinner at home; and then back to the same TV studio for a 9PM broadcast to the Asian-Pacific audience repeating many of the same talking points she started the day with 15 hours prior. At this point, my note-taking hand cramped up, but I assume she also went to bed eventually.

Seated in her living room with the superheroes looking down on her, the mom of four spoke with an almost maternal passion as she talked about the employees whose jobs she is working to protect and enrich through education and training. She explained, “I feel quite righteous about my field. You spend all this time and energy at work, and if you don’t do your job well, you don’t feel good about yourself. Everybody needs to know where their job fits into this ecosystem that makes the world work. Everyone is important.”

Dearborn works hard to look ahead not just to the next quarter, but several years down the road, so that her company and others can anticipate changes in the landscape and prepare their employees accordingly. She’s also a proponent of establishing comprehensive computer science standards in schools throughout the country, including California, which currently doesn’t have them. And she’s extremely proud of SAP’s top ranking globally when it comes to promoting women; 25% of the corporation’s leadership roles around the world are held by women, with a target of 30% within the next five years, she says.

Her efforts have earned her many accolades, including the Athena Leadership Award and the Silicon Valley Women of Influence Award, but she knows she has a lot of magic left to do. “With each recognition, it raises the stake of my obligation to those who come after me,” she says.

Or, as a fellow Spiderman fan might note, “With great power comes great responsibility.”

Originally published in the Palo Alto Daily News (by Kevin Kelly) — Jenny Dearborn has a passion for diversity in the workplace that dates back to her formative years facing a number of challenges that inhibited her education.

“I’m diagnosed as dyslexic, ADHD (attention deficit hyperactivity disorder), OCD (obsessive-compuslive disorder), things unique to how my brain works,” said Dearborn, the global chief learning officer based in Palo Alto for Germany-based corporate software firm SAP. “I wasn’t treated fairly. I wasn’t treated with respect and empathy. I didn’t have people saying, ‘You have merits and talents and skills that need to be developed.’ ”

She wasn’t diagnosed with her learning differences until she was in college, by which time she had begun to “identify on a personal level with the downtrodden, disenfranchised … people who are treated badly.”

That didn’t stop her from five years ago creating the position of chief learning officer at SAP, a position she previously held at three other tech companies. She now leads a team of 380 employees with an annual budget of roughly $240 million. The team provides SAP’s 90,000 employees resources and training to help them perform their jobs better. She also works as a data scientist for the firm, attempting to identify new and future workplace trends.

“Every company is sitting on a gold mine of information on their customers … but they don’t know how to mine it or what questions to ask or they don’t know how to put (results) into motion,” Dearborn said, adding that large companies worldwide are all looking to hire data scientists and jobs requiring computer science degrees are growing faster than other jobs in the U.S.

On Nov. 17, Dearborn was named Female Executive of the Year for business products with more than 2,500 employees at the annual Stevie Awards in New York. The winners for the international competition were picked from a pool of 1,500 nominees from 25 nations.

“I’d like to dedicate this award to all the women who have given me a hand up throughout my career, and for those women who need a hand, I’m on my way,” she said when she accepted the award dressed in a Wonder Woman-themed gown.

Dearborn attributes the award to all the work she does at SAP beyond her core training and trend-hunting activities. She’s also the global sponsor for SAP’s LGBT and women’s communities, and works with schools locally and governments around the world on education initiatives. She recently advised Assemblyman Marc Berman on future education and workforce trends while he analyzed the state’s master plan for higher education.

“Really, the ticket is education, that’s the path to equality,” she said.

A recent concern that she’s wrestling with is a “tech lash” against tech giants, in which their products, particularly social media, are increasingly being viewed negatively by users who say the firms wield too much power on society and wield it badly.

“We haven’t talked about the role of tech in our life,” Dearborn said. “Wouldn’t it be important for people having conversations about ethics and tech, wouldn’t you want a diverse community making those decisions?”

Dearborn is also recognized by the National Diversity Council as among the 50 Most Powerful Women in Tech. She received the 2017 Athena Leadership Award from the Palo Alto Chamber and she has written two books on data analytics, one of which, “The Data Driven Leader,” was released in November. She lives in Palo Alto with her husband and their four children. 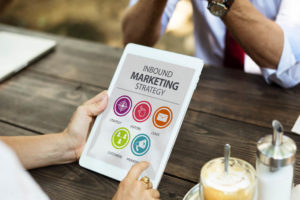